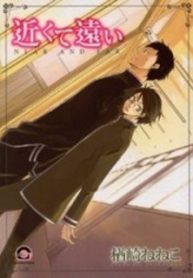 From Attractive Fascinante:
Yuu, Kouichirou, Natsume and Shino were classmates. Kouichirou took really good care of Yuu since young. Yuu was afraid that Kouichirou would leave him behind if his grades dropped so he worked really hard and got a fever. When Yuu kicked up a fuss in the infirmary, Kouichirou kissed him. What did that kiss mean? Natsume and Shino had been sex buddies for quite some time. Although they had feelings for each other, they never confessed to each other. Shino finally broke down and confessed. Would Natsume accept him?

You’Re Guilty Of My Suicide!