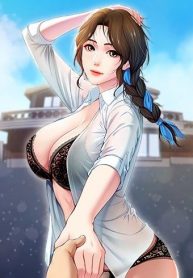 Jun-woo, a freshman, is lodging at a friend’s house near the school. While being cared for by Mikyung, the mistress of the boarding house, one day I see her watching a secret video in her room… “Auntie… I’ve seen it wrong, right?”

Till Our Lips Touch