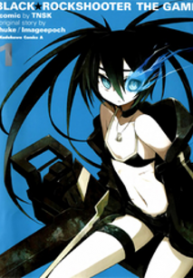 In the year 2032, Earth suffers from a sudden invasion by alien forces. Nineteen years passed after that event, and with chaos ruling the globe, the only way to rescue the world from utter destruction is to survive and fight against those who force Earth into complete annihilation.
Black Rock Shooter (in the game a “living weapon” designated with the name BRS), is entrusted with the responsibility to protect mankind, possessing the abilities to fight against the invaders as the ultimate weapon. She emerges from the ruins of San Francisco, and witnesses an amassing of surviving troops which becomes her support throughout her mission.

To Aru Majutsu No Index – Kamijou & Mikoto Are A Little Embarrassed