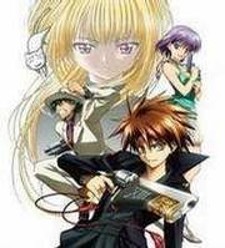 Train Heartnet, also known as “Black Cat,” used to be an infamous assassin for the secret organization Chronos. That is, until he abandoned his post as a cold-blooded killer and went to live on his own terms as an easygoing bounty hunter. But is Train’s past as far behind him as he thinks?