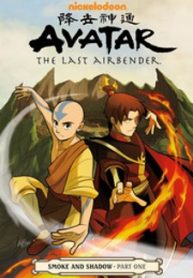 In the Fire Nation, Uncle Iroh still awaits the return of Fire Lord Zuko, who is bringing home his long lost mother, Ursa, as well as her new family – for the first time since her banishment.
owever, the capital city faces a new uproar caused by the New Ozai Society, who aim to dethrone Zuko in favor of his imprisoned father, forcing Zuko to protect his family against the legacy of Ozai. Besides the political turmoil, personal drama erupts – as the Fire Lord also needs to face his ex-girlfriend, Mai.

The Trouble With My Boss