Advance Of Ζ – Titans No Hata No Moto Ni 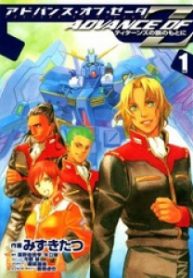 Set in U.C. 0084, before Mobile Suit Zeta Gundam, the story follows the Titans Test Team, Black Otter Team, on their mission to test new mobile suits for the Titans. It begins with Eliard Hunter, an Earth Federation mobile suit pilot being assigned to the Titans and transferring to the Aswan, an Alexandria class carrier. There he meets Carl Matsubara, another new Titans recruit, Audrey April a skilled pilot and chief of test operations and data gathering, and Wes Murphy, a veteran of the One Year War and the Delaz Conflict. The Black Otter team doesn’t just carry out test runs, it also participates in real combat missions against Zeon Remnants and later, against AEUG. Manga adaptation of the photonovel of the same name.

Persona Q – Shadow Of The Labyrinth – Side: P4