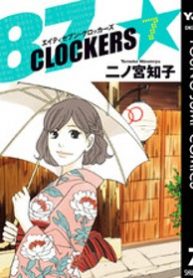 Kanade Ichinose is a violin major in his third year of college. When he first entered the university, everyone had high hopes for him, from his professors to fellow students. However, he distances himself from everyone and everything except music. He refuses to participate in competitions, as he see no point in it. When it comes time to think what he wants to do with his life, he just eases into his mother’s music tutoring business. He realizes that he is a boring and pessimistic guy but has no idea how to change… or what to change into. Then, one day he sees a girl standing barefoot in the snow outside an apartment and thinks, “If it’s for her, I can change.”
This is the story of Kanade’s entry into the world of Overclocking.

Choco To Mint To